What I’m about to share with you is going to leave you in shock!

Read this as you will not believe what I and a friend went through because of this exact problem. However, we were fortunate to find a solution that I would love to share with you later in this post.

How I came across this problem

I got a phone call from a friend Sandy on a Monday evening. She was frightened that her little puppy was experiencing bladder problems. Now as I was kind of inexperienced with this type of situation, so I decided to go onto Google and search for information on how we could fix it.

When I made the search, I came across a lot of pet forums talking about different problems that people had experienced in the past. Now Sandy knew that I was really competent when it came to using the internet, but I couldn’t seem to find an exact answer to the problem.

Over the phone call, Sandy explained that her little puppy has not gone to the toilet for over 10 hours.  I mean this sounded crazy as she explained that she would regularly go every two or 3 hours. Now I do know that for my puppy Bella, she can go up to around 3 -4 hours time, providing she hasn’t drunk too much water that day.

This sounded absolutely crazy, to go on for around 9 hours.  so I asked her if she can be certain if that was how long it definitely was. She confirmed that this was definitely the time. And it wasn’t until I came across an online vets page, that it was made aware to me that adult dogs can go up to 10 hours without needing a pee.

The problems we faced

Although we kind of found a reason behind the problem, it was still a problem for us because Sandy’s dog was still a puppy. Inside of the post that I found, it was explained that this was only applicable to all the dogs. It also went on to explain that younger dogs such as puppies are more frequent to go to the toilet at regular intervals.

We couldn’t get our head around why her pup was taking so long to go to the toilet. It was made aware to me, that we would need to also be checking her puppy for any signs of anxiety or stress. She appeared to be playful and running around and having fun, although not going to the toilet for many many hours.

My suggestion to Sandy was to then monitor her puppy over the next few hours. And maybe try giving her some more fluids and small treats to encourage her to go to the potty. Very closely at that measure, to see if there were any changes in the way she was going to the toilet. Now, if you know Sandy anything like me, then you would know she is a real stress head and this situation was really getting out of hand.

Sandy, then started to doubt herself assuming that she had not taken the correct care of her puppy. I told her not to be silly and that everything would be ok. Well, I couldn’t have been more wrong in this situation.

It must have been not even 2 minutes before Sandy phone back in a state of panic. She explained that her puppy had become very lethargic, along with that she had also started to puke. This was bad and when I say bad I mean very very bad. I told Sandy we would need to ring a vet immediately and get some advice on how we could solve this situation.

The first thing I want to explain is that if you ever noticed that your dog is not paying for hours and hours on end. Then you really need to be aware of the potential problems that could be at play. The reason I was now in a state of worry, it’s simply because I read on multiple different articles that if you suspect your dog is lethargic.

Then this could be one of many further potential harmful problems. Such as cancer, Disc herniation, Prostate disease, Scar tissue on urethra or bladder, I’m sure you get the idea.

So quickly grab my keys off the side, and jumped into the car to drive straight round to Sandy’s house. The great parties she only lives up the road so it didn’t take me too long to get there. When I arrived at Sandys house I immediately decided to contact the earliest available dog veterinarian.

Once I got through to the vets, the lady on the other end, asked me to provide as much accurate information available as possible. So I went on to explain exactly what Sandy said to me previously over the phone and also throughout the second phone call.

The Great part was that I was lucky enough to speak to an absolutely brilliant veterinarian. They surely weren’t out for our money, as they were happy to give us some real quick actionable steps that may potentially cure the problem over the phone. The veterinary and then went on to explain a urine relief exercise that could potentially help Sandy’s puppy to pee.

As we had run out of options we decided that we would give this a go before potentially taking her in. It definitely would be the cheaper option and we could also learn a thing or two along the way in the process. The great part is that I managed to find a video and exactly the same technique that we used just below.

How I found the solution

So I and Sandy proceeded to follow the steps inside of the video. And surely enough to my surprise, it managed to fix the problem. Sandy’s little puppy was then able to take a break. But the only problem with that was that we were still standing in the kitchen. Yup, it was time to clean up the mess!

It was almost like a temporary fix, as the veterinarian on the phone explained that we would still need to monitor her very closely. And if the problem persisted then we would need to immediately take her into the closest veterinarian at the earliest convenient time.

I surely agreed and thank her for all of the help she provided over the phone and we went on to monitor Sandy’s puppy for the rest of the evening.

What We Found Out

It wasn’t even a week that went by before Sandy was giving me a call in the same situation again. This time we decided to take her straight into the veterinarian at the earliest point available. As soon as we got to the veterinarian commerce Sandys puppy was booked in for an immediate blood test. The test revealed that Sandy’s puppy had a  blockage in the urethra.

It just so happens that this kind of symptoms can be intermittent. So although her puppy would go to the toilet quite regularly a majority of the time. Whenever the blockage would become apparent again it would cause her to not be able to go. We then proceeded to ask the doctor on how this could be fixed.

The Bad News That Got Worse

The veterinarian who is handling Sandy’s puppy then went on to tell us that because of the extent of the blockage. They would have to be looking at surgery to remove it. Well I mean as you can understand for a new pet owner like Sandy, she was in absolute hysterics.

I was kind of lost for words at the time because I almost felt guilty at the fact that I kept reassuring her that everything was going to be ok. Sometimes in life can say things don’t go to plan, and on this occasion, it’s surely didn’t. All I could do was be there for Sandy as a friend and support her through the process.

Hey, a little puppy was booked into surgery the following morning immediately. And sure enough, she came out happy but exhausted from the look on her little cute face. Sandy was happy and finally rest. And if I can be totally honest, I think I was at rest too. As I was there with her the whole time!

Turns out that the doctor recommended a few foods that could have helped prevent the situation in the first place. They went on to give us a list and some reasonably priced products that we could get Sandy’s puppy through her recovery stage.

A great product that worked well was NaturVet Cranberry Relief Plus Echinacea Soft Chew. That’s why I highly recommend it as a start in the right direction for any pup with the same symptoms.

Taking care and monitoring the foods that you provide your puppy is nothing less than absolutely necessary. So it’s very important that you monitor exactly how and when they are going to the toilet. As well as their eating habits and behavior especially in the earlier stages of growth. If I had never gone through the experience with Sandy then I would have never found the products that I am using today.

Rachael Summers is the Founder and Senior Editor at Retrievers R Us. She is a lifelong canine enthusiast and adores dogs of all shapes and sizes! She loves iced coffee, hammocks, and puppy-cuddling!

Did you know that the German Shepherd Golden Retriever mix was only discovered in 2009? That's not to say that they weren't about well before then, but that was when this breed was first...

Chihuahuas are known as the smallest dogs in the entire world. They come in a wide range of colors and two kinds of hairstyles. One comes with short hair and the other with...

Welcome to the home of Rachael (that’s me) & Bella (my golden retriever)…Here you’ll find everything dog related, from supplies to reviews and even case studies too! Stick around and see what we have in store.

Retrieversareus.com is a participant in the AmazonServices LLC Associates Program. An affiliate advertising program designed to provide a means for sites to earn advertising fees by advertising and linking to Amazon.com. Additionally, Retrieversareus.com participates in various other affiliate programs, and we sometimes get a commission through purchases made through our links. This makes no difference to the cost of the product for you, but however, helps to support this company in providing continuous value to our community. 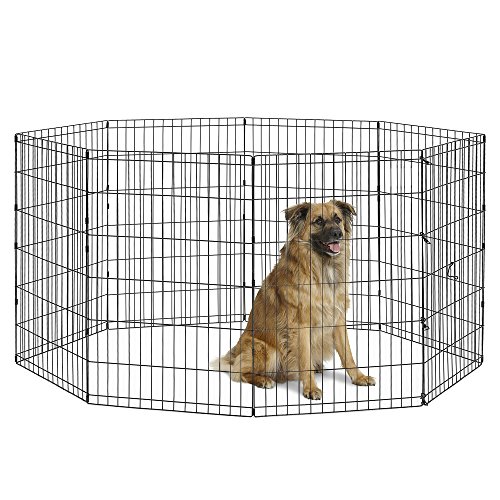 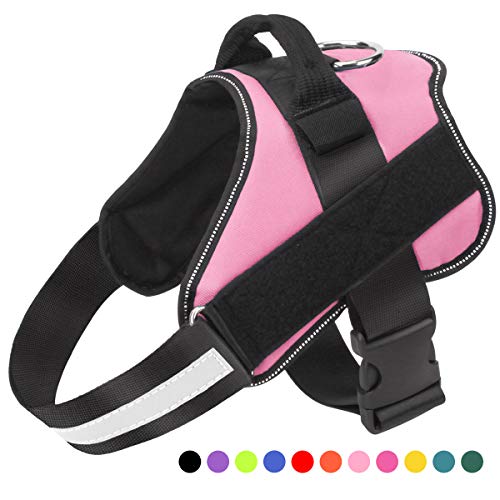